The Mauldin Cultural Center’s auditorium is back open for business, after nearly two years’ anticipation and several months of construction. A grand re-opening was held in late October for those who have donated, supported, worked on or otherwise been involved with the renovation process. Some City Council members and Mayor Dennis Raines were present, along with City staff, construction team members, grant partners, and more. Speakers included Mayor Raines, City Administrator Brandon Madden, Cultural Center Director Keira Heider, and Mauldin Community Development Director Van Broad. 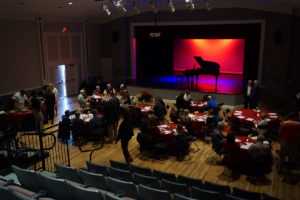 When asked about the grand re-opening afterwards, Mayor Raines said, “You must visit our newly renovated Cultural Center auditorium. You will be in for quite a pleasant surprise as the theater seating and the acoustics are amazing. Thanks to all who made this possible!”

“This is an exciting time for those in Mauldin who support the arts,” said Councilman Scott Crosby. “The newly renovated auditorium at the Mauldin Cultural Center is a beautiful setting for concerts, plays, and other events. Audiences will appreciate its friendly atmosphere, and there can be no doubt that those looking for a venue for their performances will put the Mauldin Cultural Center auditorium at the top of their list.” 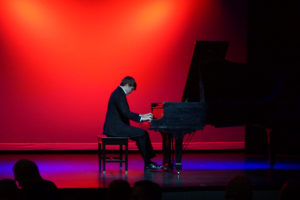 The night marked the completion of a long-time plan for the Cultural Center, and the beginning of a new era of arts in Mauldin, with hopes for further renovations to the building in the future to accommodate the growing creative community in the area. That growth is evident in the Mauldin Youth Theatre. MYT was formed in 2017 to give youth from the community the opportunity to perform in the spotlight.

MYT’s fifth production, Disney’s Frozen, JR., opens November 8th and runs for three consecutive weekends. Directed by Tim St. Clair II and based on the 2018 Broadway musical, Disney’s Frozen JR. brings Elsa, Anna, and the magical land of Arendelle to life onstage. A story of true love and acceptance between sisters, Disney’s Frozen JR. expands upon the emotional relationship and journey between Princesses Anna and Elsa. With a cast of beloved characters and loaded with magic, adventure, and plenty of humor, Disney’s Frozen JR. will thaw even the coldest heart!

MYT works hard to bring fantastic stories to life on stage, including their past productions of Disney’s The Lion King, JR., James and the Giant Peach, JR., Shrek: The Musical, JR., and Disney’s Aladdin, JR. Due to the community support and overall success of the Mauldin Youth Theatre, the Mauldin Cultural Center has expanded its performing arts schedule for its 2019-2020 season. The Cultural Center will host two MYT productions (Disney’s Frozen, JR. this fall and Annie, JR. in March 2020); two musical revues (A Mauldin Family Christmas in December 2019 and Let the Good Times Roll in August 2020); and Seussical, the May 2020 inaugural production of the Mauldin Theatre Company which will feature both adult and youth actors. 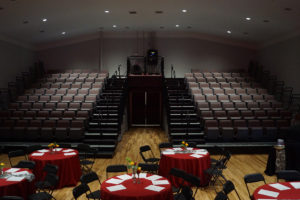 All theatrical productions at the Cultural Center hold auditions for anyone interested in the community. No prior experience is necessary to audition to participate in productions. Tickets and more information about the Mauldin Youth Theatre, the Mauldin Theatre Company, and the Mauldin Cultural Center can be found online at mauldinculturalcenter.org.

The Mauldin Cultural Center also hosts a number of festivals and outdoor events throughout the year. Upcoming festival events include the Mauldin Public Art Trail unveiling in November, and Mauldin’s Christmas Kick-off in December which includes the annual Tree lighting, a holiday market, pictures with Santa, and more. 2020 will bring a Pizza, Blues & Jazz festival and arts market, and the return of Beachin’ Fridays and the Mauldin Farmers Market. For more information on the Mauldin Cultural Center’s events, visit mauldinculturalcenter.org.