The Mauldin Mayor’s Office serves the residents of the City through executive leadership, strategic planning, and goal setting to ensure a healthy, vibrant, and growth-minded city.

Mayor Merritt was elected in November 2019 and sworn into office in January 2020.

Mayor Terry Merritt is a native of the great state of South Carolina and has been a full-time resident of Mauldin since 1976.  He has been married for more than 40 years to Dianne Roberts Merritt and has three children — Terri Lynn, Stephen, and Jeffery — all graduates of Mauldin High School. Terry is also the proud grandfather of six grandchildren.

Terry graduated in 1982 from Furman University.  He is a Veteran of the U.S. Air Force (Vietnam War) and is currently retired after 30 years as an IT professional. Terry is a member of Mauldin First Baptist Church where he serves as a Sunday School Teacher.

He is a strong proponent of private enterprise and enjoys serving the citizens of Mauldin. 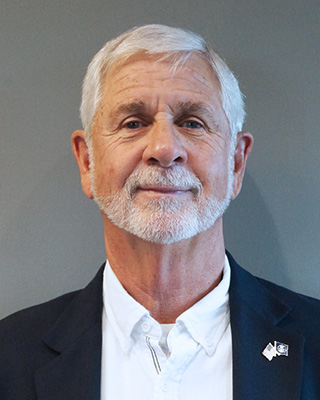 Join the mayor for coffee and talk about what’s going on in Mauldin! See below for upcoming dates and topics.

Mayor Terry Merritt extends his thanks to those who volunteered to serve with this group. Please look forward to more information in the near future. The City of Mauldin staff continues to receive inquiries, concerns and expectations as to storm water runoff occurring across many areas within the corporate city limits. This group will provide a focus area to quantify citizen input to assist City Council and staff with developing potential paths forward.

For more information or any questions, please contact Mayor Merritt at tmerritt@mauldincitysc.com or (864) 288-4910.

Sign up to receive the City’s monthly newsletter, community announcements, and emergency notifications.