City of Mauldin Announces the Finalists for Chief of Police

The City of Mauldin has announced the top three (3) finalists for the Chief of Police position to succeed former Chief Bryan Turner who retired on April 26th of this year.  Out of a field  of 57 applicants, the Finalists for the position, in no particular order, are: 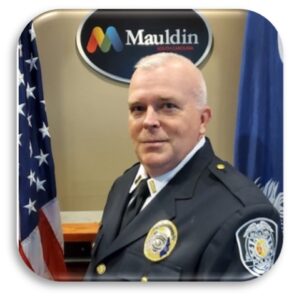 George Miller (Resume) – Lieutenant George Miller is the Interim Chief of Police with the Mauldin Police Department, a role he has served in for four (4) months.  Chief Miller is a law enforcement veteran of 23 years, 19 of which has been with the City of Mauldin.  Prior to serving as Interim Chief of Police, he progressed through the ranks as a Patrolman, K-9 Officer, Corporal, Sergeant and as Lieutenant, overseeing the City’s Patrol Operations.

Chief Miller is a graduate of Tri-County Technical College with an associate’s degree in Criminal Justice.  Chief Miller is married with two children and four grandchildren. 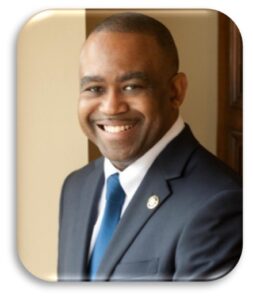 Darius Hall (Resume) – Lieutenant Darius Hall has 28 years of law enforcement experience.  During his time with the Greenville County Sheriff’s Office, he served as an officer with Patrol, Narcotics, and Swat. He’s served as Task Force Supervisor for the FBI, DEA, ATF, HSI and Secret Service.  Additionally, he’s been the Public Affairs Officer, responsible for community outreach. He was awarded the Medal of Valor and two Distinguished Service Medals.

A graduate of Anderson University with a bachelor’s degree in Criminal Justice, Lieutenant Hall is a lifelong resident of Greenville County.

Lieutenant Fortenberry has a master’s degree in management from Southern Wesleyan University and a bachelor’s degree in criminal justice from the University of South Carolina.  He has advanced leadership training from the Southern Police Institute in Louisville, KY and is an Alumni of Mauldin High School and the Mauldin Police Department Explorer Post.

“Appointing the leader of our Police Department is one of the most critical hiring decisions we will make, and each of these finalists have the necessary experience and skills for leading the Department,” said City Public Safety Committee Chairperson Carol King.  “Our Police Department is dedicated to this community’s safety and I look forward to working with the City’s next Police Chief to accomplish the public safety goals of the community and City Council,” added King.

Applications for the position opened May 10, 2021 and the City’s recruitment process provided multiple opportunities for community engagement through a public input survey and a community forum for members of the public to provide feedback on their expectations (e.g., leadership qualities, background experience) of the new police chief and the issues they would like the new police chief to address. You can view the results of the public survey, here.  You can view a video of the community forum, here.

“In my judgement, it is important to make sure our community’s voice is heard during this process,” said King.  “Each of the finalists expressed a commitment to transparency, accountability, diversity and inclusion, and community policing, which was consistent with what we heard from the community,” King continued.

The finalists have successfully completed a first-round of interviews with the executive staff at the City, a second-round interview with the Public Safety Committee and other members of City Council, and will now take part in a community forum with each of the finalists introducing themselves to the community.

The forum will be held on September 8, 2021 at 6pm in the City Hall Council Chambers and streamed online via Zoom.  The City hopes to announce a new Chief of Police before the end of September 2021.

“Mauldin is blessed with an outstanding Police Department that is CALEA accredited and supported by our special community,” said Mauldin Mayor Terry Merritt.  “We are excited to choose a new police chief that will carry out the City’s Mission and Vision and continue to provide excellent public safety services to our great City,” Merritt continued.

The new Police Chief will oversee 64 full-time employees and a $5.1M Budget.  Updates regarding this recruitment and the resumes of the finalists are available on the City’s Chief of Police recruitment webpage, here.