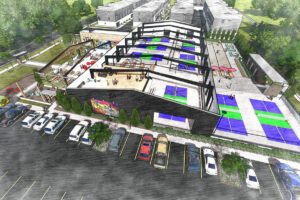 About The Parker Group:

The Parker Group specializes in commercial real estate acquisitions and dispositions – helping clients obtain the right properties use them in the most effective way. The Parker Group is known for their local successes here in the Upstate, mostly notably The Commons, a 12,000-square foot open-concept, family-friendly dining experience on the banks of the Reedy River a few minutes from downtown Greenville.

Drew Parker, the Parker Group’s founder and Broker-in-Charge, said Mauldin has been on the group’s radar for a while, situated as it is between Greenville and Simpsonville.

“It’s all about Mauldin’s location, which is phenomenal,” he said. 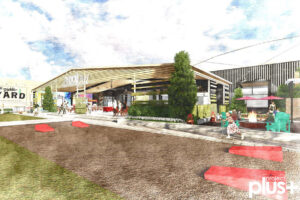 Parker said the plan is to close on the 7-acre plot in the summer of 2021, hold a groundbreaking soon after and then get to work.

All with one thing in mind: kick-starting a transformational, mixed-use urban development intended to convert old places into new spaces, in the heart of the city. The project is being developed with a holistic approach in mind, says Parker.

“The big driver here is taking infill sites that are already on the grid and breathing new life into them.” Parker said the project won’t reshape the skyline – Mauldin will still be Mauldin, but with a new twist. “It won’t look like downtown Atlanta,” he joked. “But, it’ll be perfect. It’ll be a great place to be.”

Parker said the space, designed by architect Ross Kessler, will offer room for three to four food concepts, outdoor seating, a stage for live performances, fire pits, beer garden, games and green space. He expects construction, overseen by the Upstate’s The Boardman Group, to begin in September or October after The Parker Group closes on the property. Construction is expected to last about 24 months after groundbreaking.