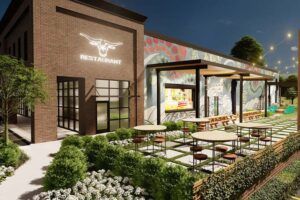 About The Parker Group:

The Parker Group specializes in commercial real estate acquisitions and dispositions – helping clients obtain the right properties use them in the most effective way. The Parker Group is known for their local successes here in the Upstate, mostly notably The Commons, a 12,000-square foot open-concept, family-friendly dining experience on the banks of the Reedy River a few minutes from downtown Greenville. 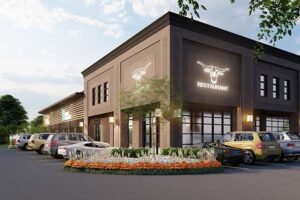 Drew Parker, the Parker Group’s founder and Broker-in-Charge, said Mauldin has been on the group’s radar for a while, situated as it is between Greenville and Simpsonville.

Parker Group Commercial Broker Michael Johnson said the goal was to create a space that celebrates the community of Mauldin while also complimenting the nearby City Center project.

“That’s why we chose the name, ‘Maverick Station,’ doing a play off the high school’s logo,” Johnson said, referring to the Mauldin Mavericks. “It’s meant to embody Mauldin as a town, to fit a need but also hopefully give something for people to be excited about.”

“We’re big believers in Mauldin,” Johnson said. “We love what Mauldin has to offer, and it’s been such a good collaboration with the city and the community so far.”