By JR CharlesSeptember 28, 2022No Comments 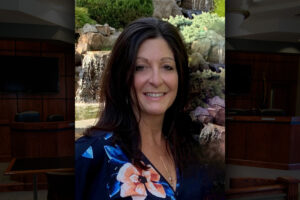 The City of Mauldin has hired Donna DeRado as the new Clerk of Court. DeRado joins the City’s team with more than 25 years of legal experience and a specialty background in law procedures, budgeting, scheduling, purchasing, and contracts.

“DeRado brings 25 years of judicial experience as she joins our Judicial Department team as Clerk of Court,” Councilwoman Carol King said. “Her knowledge of the judicial system along with her previous work experience as Chief Municipal Judge will continue to accomplish the goals of our city as well as serve our community in a professional manner.”

DeRado’s previous position was as the Chief Municipal Judge of the Tega Cay Municipal Court from 2019 to the present, having previously been an administrative judge and a clerk of court in that city. For nearly twenty years prior, DeRado ran her own company, Donna DeRado & Associates, through which she served as a court reporter and was appointed as grand jury court reporter for Ocean County, New Jersey.

“I am so very excited to be coming to the beautiful Upstate area and the City of Mauldin,” DeRado said. “I look forward to joining the Judicial Department with a strong vision of delivering the highest standard of service to the community while maintaining a fair and efficient court system that the City can be proud of.“

DeRado begins as Clerk of Court on September 30, 2022. More information about the City of Mauldin’s Judicial Department can be found at cityofmauldin.org.